The State Prison Department is one of the oldest Government Institutions in the State and an integral part of the successful and smooth functioning of the Civil Administration of the Government. Prison is the symbol of the authority of the State Government.

The Prison system in the State was introduced during the British Raj in the 1940’s. Initially, a Lockup attached with the North Police Station, Kohima was set up. The 1st Jail, ‘Kohima Jail’ was opened by the then British Government at ‘Old Jail Hill’, the present site of District Jail Kohima during the post World War-II. 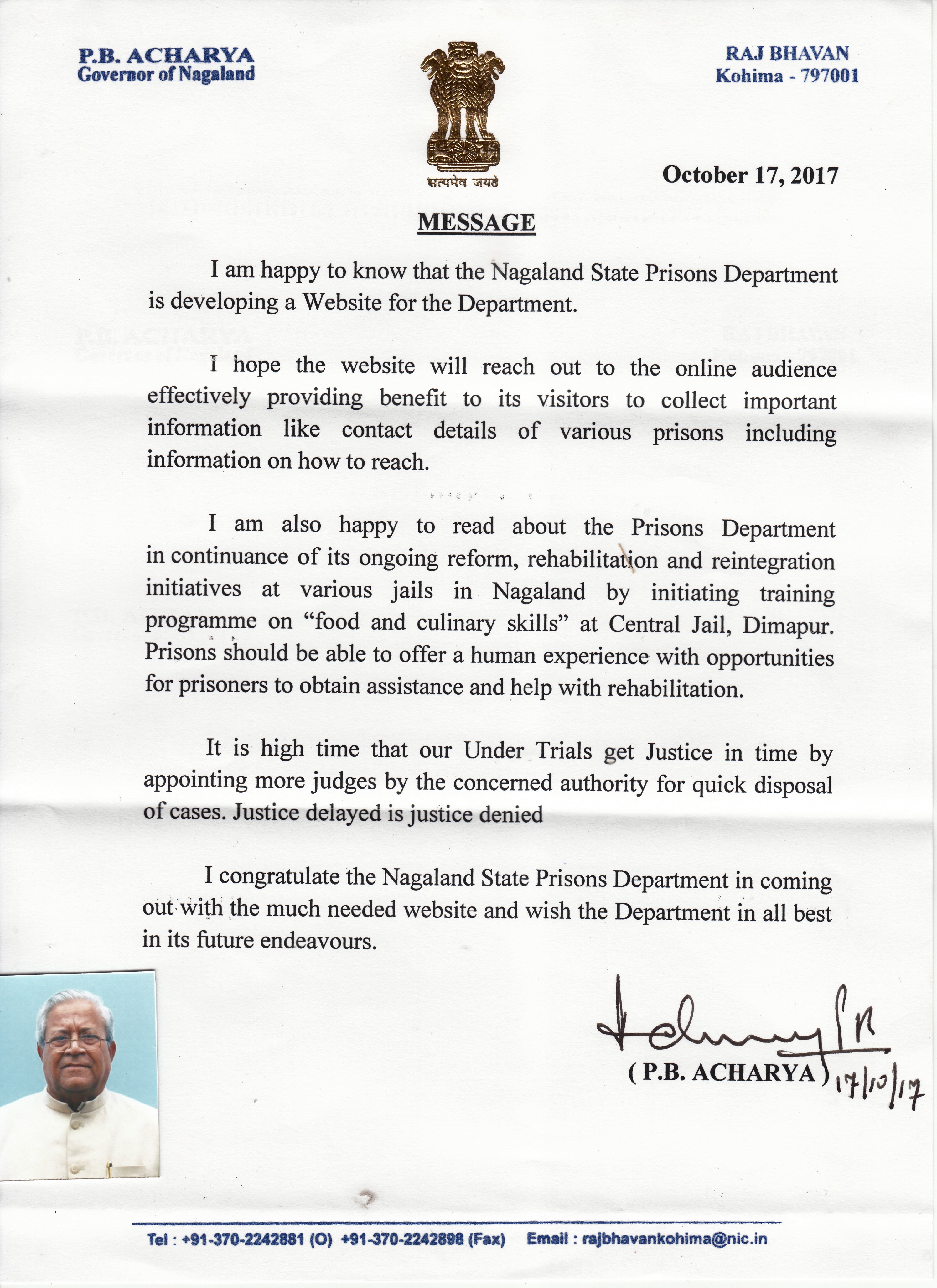